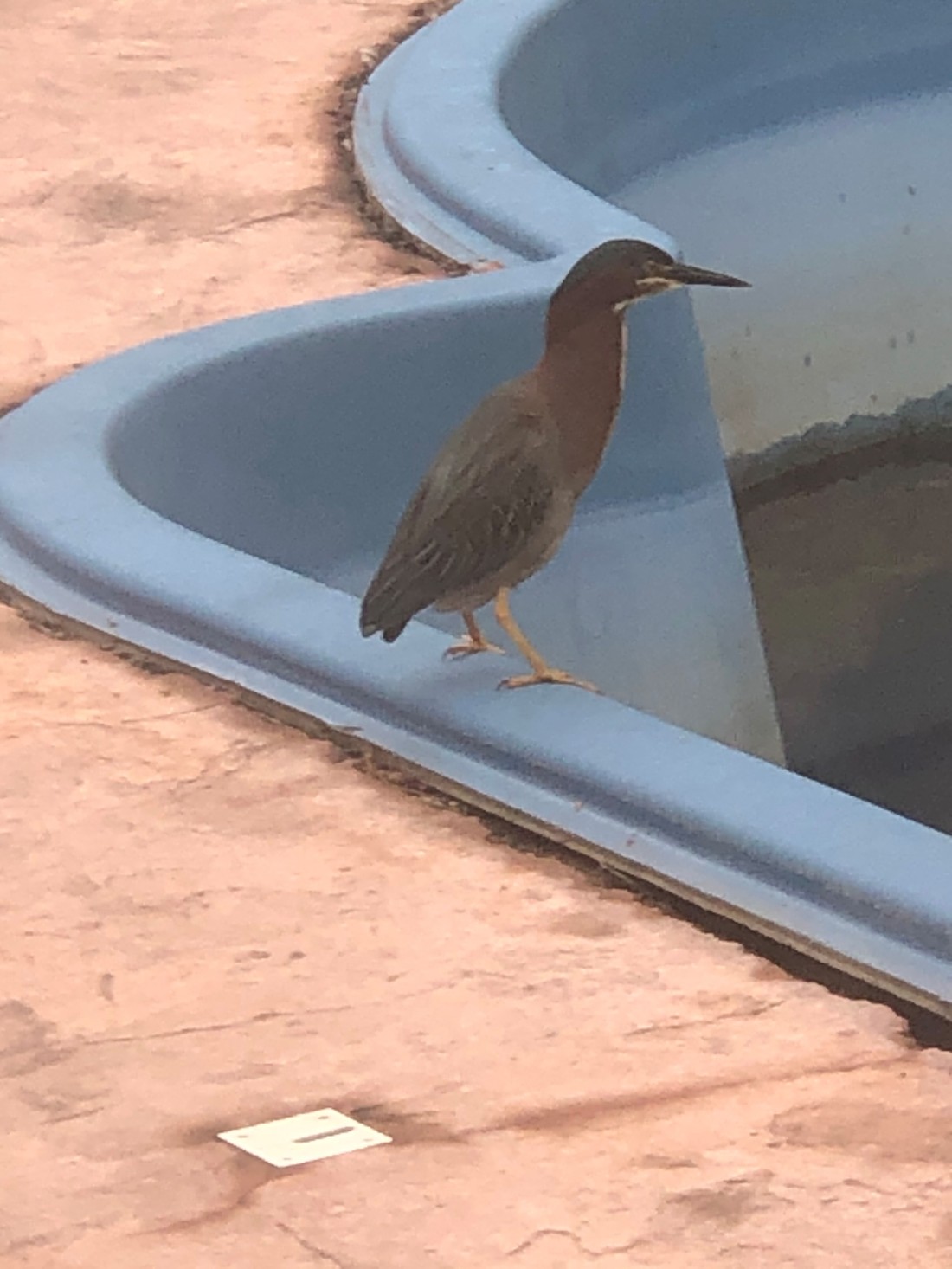 I find many of Jack Black’s movies to be inane.  It is not that they are not funny, it is more I find them nonsensical.  An exception is a movie he did with Steve Martin called, The Big Year.  I have never seen the start of the movie, but I have watched the last half at least 3 times.  The premise is two men who join forces to defeat their nemesis, played by Owen Wilson, in getting the most bird sightings in North America for the year.  While Martin’s character is wealthy and unemployed, Black’s is a full-time computer programmer.  As the year ends the race is tight.  All three men must make decisions that alter their lives.  One finds love, another family, and a third throws everything away to win.

As I thought about the movie and the birds coming to my back yard, I decided to keep track of the birds I see.  I have two lists.  One is the birds in my yard and the other is birds I see elsewhere. I just started keeping track this month, but I am already up to 14 different species of birds.  Since I do not get out of the house often, I am grateful so many types of birds are attracted to our yard.  My feeders attract some birds, but they seem more of an addition for birds that are already here.  Sadly, I have yet to see any hummingbirds, although Melissa says she has.

Yesterday as I worked on my crossword at the kitchen table a large gray bird with a reddish neck flew in and landed near the pool.  My father in law became unable to maintain the pool and left it abandoned for several years before we moved to the house.  We have not been able to repair it yet, so it sits in the back and fills with rainwater.  The moss and algae are growing fine and this attracts the frogs and turtles from the surrounding fields.  This tiny ecosystem is what brought the bird.  I watched as he dove time and again and came up with a tasty frog.  He was there almost an hour and I scoured the internet to find out what it was.  I finally found an image on the Audubon Society website.  It was a Green Heron.  I was happy to see him back again this morning.

THOUGHTS:  Life presents each of us with a series of choices, and how we choose takes us the direction we travel.  Martin’s character was laid off by his firm but rather than feeling discouraged he used this as an opportunity to start an adventure he had never had time for.  Black’s character found new meaning in life even while he kept his same dull job.  We can do the same by not letting what we do become who we are.  Wilson’s character gave up everything to win.  We are often tempted to do the same to accomplish the goals we either have set for us or set for ourselves.  Even as the crisis keeps me home, I find pleasure in the little things.  I work from home yet have time to tend my garden and watch the birds.  Melissa and I have time for conversation and “just sitting.”  Perhaps life is really about finding what makes you happy.  If it is possible, Stay home. Stay safe.