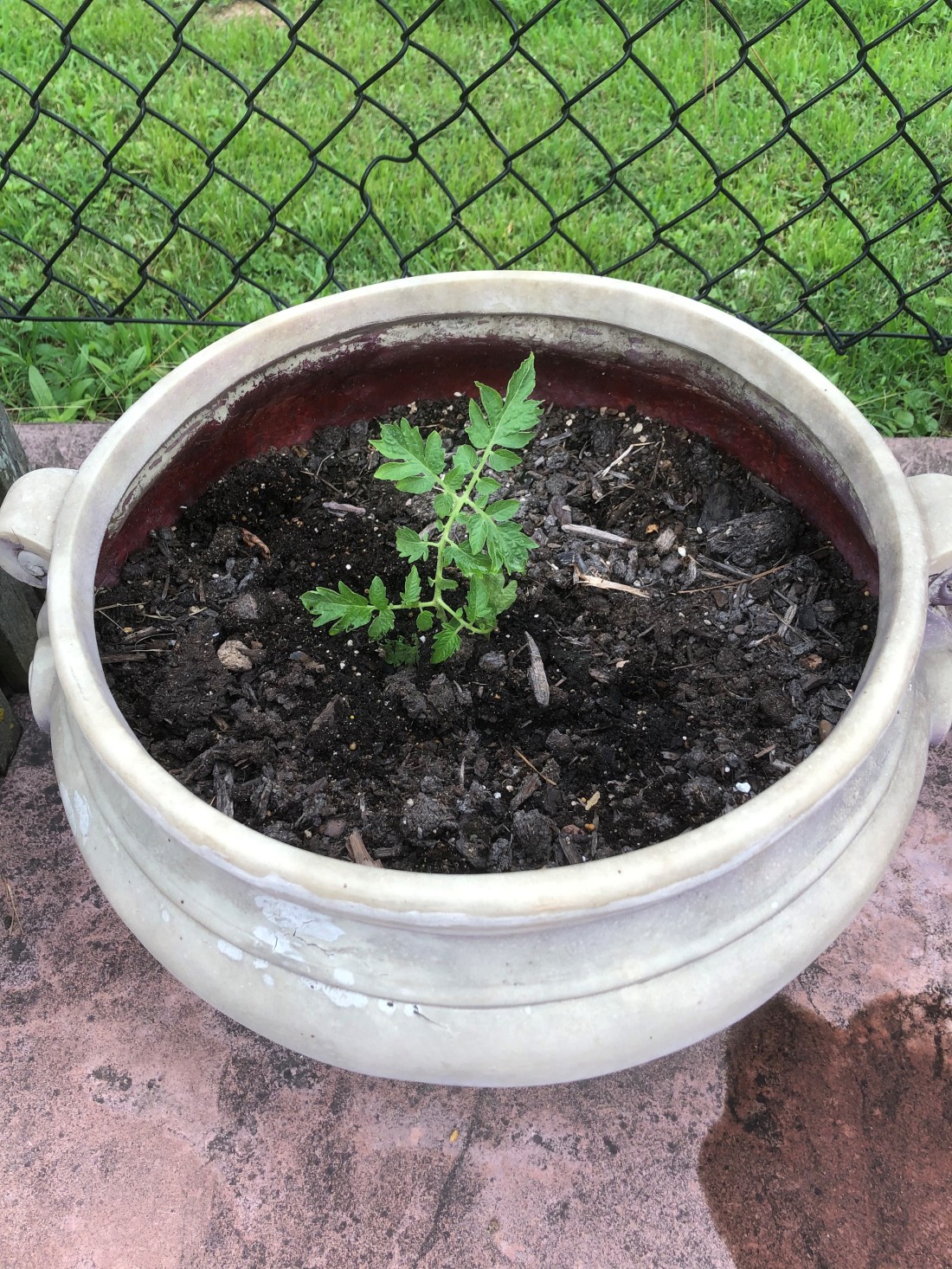 When I watched the video on pruning my tomatoes it talked about determinate and indeterminate varieties.  I understood why they were different but could never find information on how to tell the difference.  I received a link today that made it clearer.  Roma varieties are determinate, and you should never prune them.  In fact, it was suggested you not even cage or stake them.  No matter what you do they will never get more than two or three feet high, and the fruit will grow from the ends of the foliage rather than the stem as on the indeterminate.  Just like hearing about pruning too late, now I found out I should not have pruned at all.

When I prune my indeterminate, it was suggested I save one of the smaller clippings and put it in a cup of water to allow it to root.  I had the extra pot left from the cilantro I harvested earlier so I decided to try.  I put the clipping in a cup and basically forgot about it sitting amid the succulents on the counter.  The other day I noticed it sitting there and checked, and sure enough the small stem had rooted.  After my watering problems I decided I should get this into the ground before it died.

I had not been watering the cilantro pot since it did not have anything in it, and the ground appeared hard and impenetrable. When I stuck my trowel in the dirt, I was surprised how easily it went in and what a nice hole it made.  I pushed some of the soil back in the hole to give just enough room for the stem to easily support itself.  I did water this plant to help with the rooting process.  I will probably only water the other plants when they look like they are starting to wilt.  My friend says the stress makes them hardy.  I hope she is right.

THOUGHTS:  It seems stress makes plants flourish.  That is true for the flowers in my front yard.  They produced blossoms early and then the hot weather came, and they died back.  I figured they were done for the year.  We got a lot of rain and a cooler spell, and then it warmed up again.  Sure enough, they started producing flowers.  I am not sure if stress makes us stronger as it seems to do for plants.  Stress can make me want to shut down rather than buckle down.  Maybe the key for both plants and people is the right amount of stress.  Too little and we become complacent, too much and we are overwhelmed.  Finding a balance is hard to do.  If you can, work to keep the conversation going.