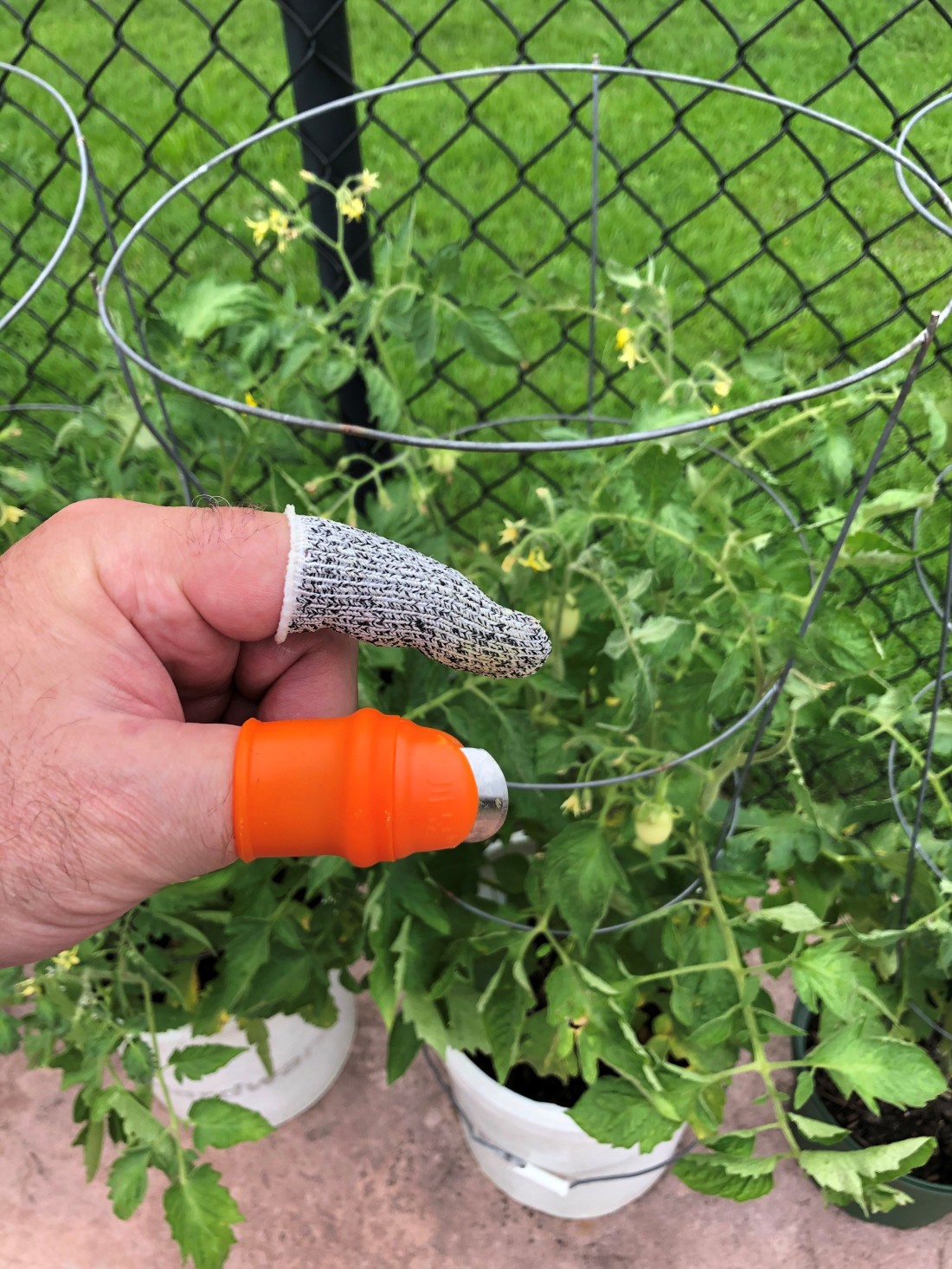 I did something yesterday I never even knew was a practice.  I pruned my tomato plants.  Melissa had come across a YouTube video of a lady on a vegetable farm that explained how and why to do this.  She sent me the link two weeks ago as an Instant Message.  I checked the note and saw it was a picture of someone I did not know and then scrolled down to another message she had posted.  On Saturday Melissa asked if I had watched the link she sent.  That was when I learned the picture had “additional content.”  She went on to say another friend she had sent the video to had pruned, and her tomatoes were doing great.

When I watched the video, it told me to prune when the plants were about two feet high.  So much for that as mine were approaching three feet and had filled out nicely with leaves and branches.  Later the video mentioned she allowed two plants to grow higher to demonstrate how to prune an older plant.  Pruning the lower leaves and removing the young “suckers” that grow between the branches and the main stem allows air to circulate and reduces disease and pests.  Removing the excess leaves and stems also allows the plant to focus on producing fruit rather than feeding foliage.  This made sense to me, so I sat next to my plants and trimmed away the excess.

When Melissa learned I was going to grow tomatoes she went online and purchased these cool little finger cutters.  One side was a rubber cup that fit over the thumb that had a sharp steel nub on the end.  There were two other choices for the fore finger.  Either a cloth fingertip or a rubber tip without the cutting nub.  By pinching your thumb and forefinger together it will cut the stem cleanly to remove the fruit and not damage the plant.  Pruning seemed like the perfect time to test how well they work.  The problem I had was the plants were so bushy, it was hard to get the nub positioned correctly.  I ended up cutting my middle finger several times before I gave up.  Maybe I will try again when it is time to pick tomatoes.

THOUGHTS:  I am constantly amazed by what I do not know.  Or rather, at how many other people know about something I do not know.  One of the sidelines to the presidential debates was Elizabeth Warren’s oft heard response, “I have a plan for that.”  It was not that she did not have a plan, it was instead that she literally had one posted on her web site providing details and how it would be implemented.  I find the same to be true concerning online videos.  If you have a question, just type it into your browser and a page full of different answers will appear.  The problem is not finding someone who knows the answer, it is deciding which voice to listen to.  If you venture out, stay safe.