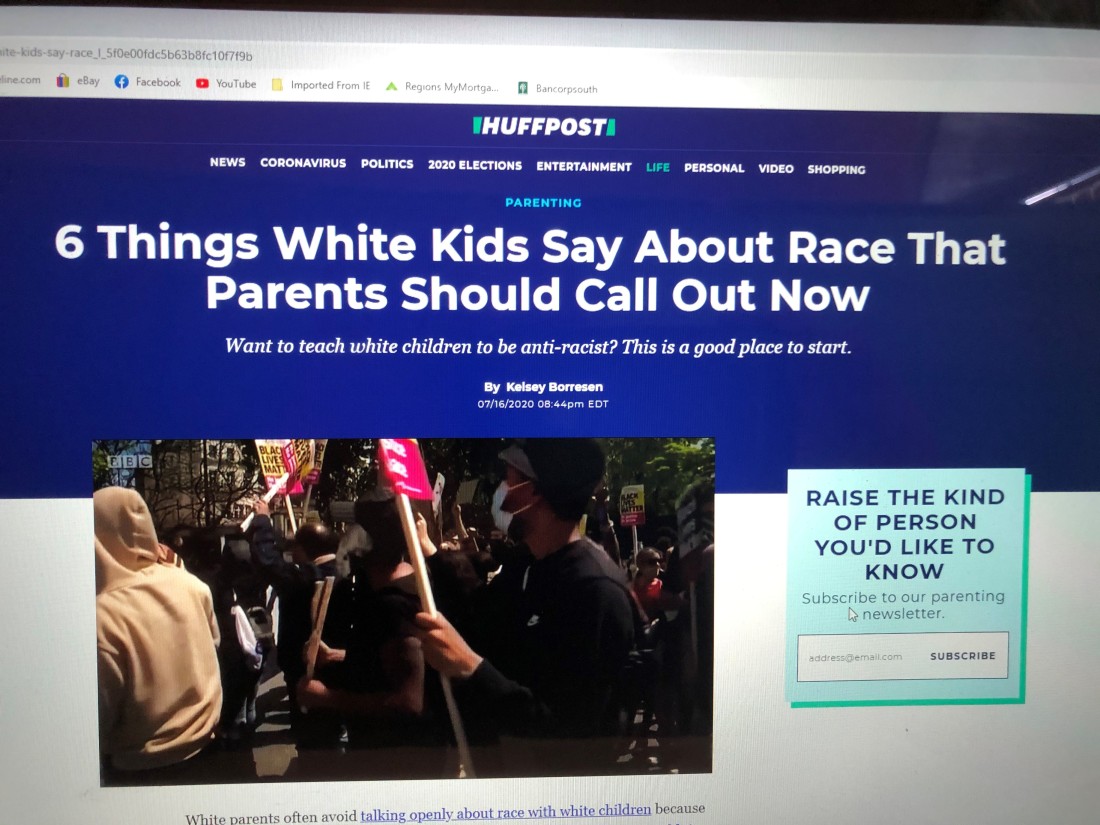 Following the George Floyd killing and the resulting unrest I have begun to reexplore conversations around race.  One thing addressed in many stories about growing up Black was having to sit down with a parent to have the “talk.”  As a white child I remember sitting down with my mother to have the “talk.”  This consisted of asking if I had any questions about how our bodies are different and then being given a book that explained our differences and how babies are born.  While that happens in Black families, that is not the “talk.”  This talk concerns how to behave when you leave the house or neighborhood and are confronted by whiteness.

I received a Huff Post recently that explored the question of when it was appropriate for White parents to have a conversation about race with your child.  Many parents avoid talking openly because they are afraid it will draw attention to things their children would not otherwise notice.  Researchers have found children as young as two or three already have racial bias, and these are not always consistent with the adults in their lives.  The point was, talking about race did not cause prejudice, but not talking about race did.

Children pick up patterns about their society; like who lives where, how people look different, and who seems to hold different types of jobs.  If the parent does not explain why these inequalities exist and the role of longstanding systemic racism, the child will assume this is justified or even natural.  When a child makes an inappropriate comment, rather than telling them to be quiet you need to talk about what was said, why they feel that way, and explain why you feel different.  Another key is to purposefully demonstrate positive behavior in your own interracial friendships.  One is never too young, nor are we too old, to have the “talk.”

THOUGHTS:  Talking on the streets of Cairo I was told I was rich and did not understand what it meant not to be.  I objected as I literally had $20 in my pocket.  It was pointed out that I had taken three months off work and instead went to Egypt.  I realized, from this point of view, I was rich.  I find much of what I have been reading is of a similar vein.  My thoughts and actions have been shaped by my life experiences.  Lately I have realized that like my understanding of wealth, I also need to be jarred by the reality of another point of view on race.  Change is coming and it starts with you.