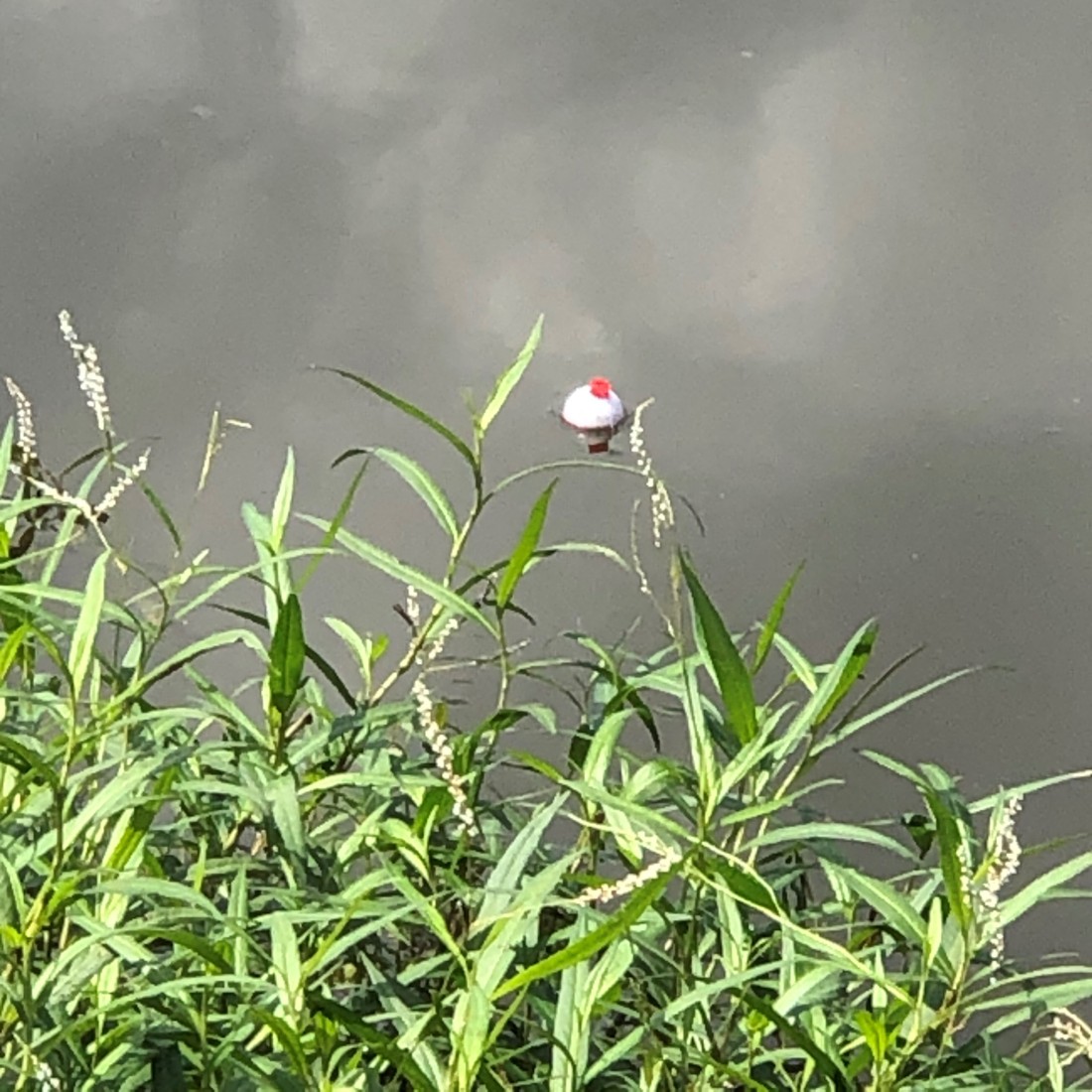 After my visit to the Hospital I decided to reward myself and go fishing.  I have not had much luck lately (I blame the heat; it could not be me) so I decided to go to a lake where I always catch fish.  This is also located on the way home so I thought this would be perfect.  When I arrived, there were a few cars but only one family group fishing.  Many people come to this lake for the hiking trail which winds along the water.  Being mindful of others, I put on my mask before setting my chair along the shore.

There was another group about 50’ away with what appeared to be a grandfather, grandmother, daughter, and her son.  It was obvious this was the boys first fishing adventure as the grandfather was instructing him how to fish.  I clearly overheard (without trying; he was talking loudly) him tell how to cast, how to reel, and where the best spot was located.  I also noticed none of them wore the masks now mandated in our state.  This was another teachable moment he obviously did not think mattered.

My son Alex had texted and shared pictures last week about taking his two-year-old son on his first camping trip and fishing expedition.  As I listened to the grandfather explain about fishing it made me sad that we are not closer to where the grandkids live.  We live in Arkansas and they live outside of Seattle.  We have been able to get to Seattle several times a year, but with the pandemic we are not even considering flying and to drive would take us through states forcing Melissa to quarantine from work when we returned.  As for now we are forced to settle for Facetime calls.

THOUGHTS:  Amid our crisis the world seems to be moving at a slower pace.  This has blessed us with new opportunities for learning.  During the lock down portion, I explored ways to communicate I had never cared about before.  Now that I tentatively move outside, I have begun to explore some of the byways our state is known for, primarily because there are fewer people there.  This is a time to write your stories to pass on teachable moments for later generations.  Who knows, there may even be a time when we can hug the grandkids again.  Change is coming and it starts with you.