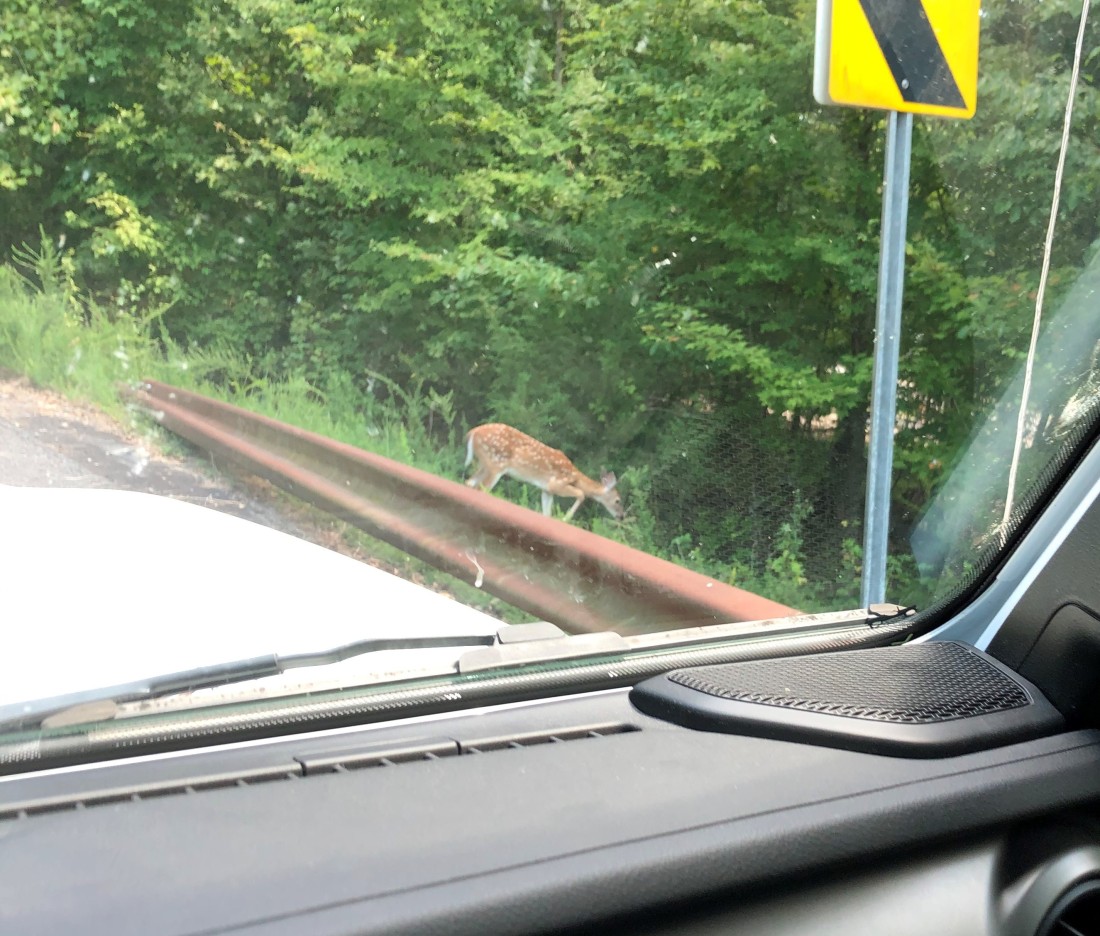 I heard of a great place to catch bream over the weekend.  It was at the mouth of a stream that fed a lake near where I work.  I am always excited about trying a new fishing spot, especially when the fish are biting.  I drove up to work for a meeting and then checked some logistics for the coming Sunday.  I changed into a pair of shorts as I was expecting to be wading, and then headed for the stream.  Even though I did not know the exact location, I knew where the lake was, and I could see the stream on my phone map.  I took a road that looked like it led to the stream, but it stopped well short of any water.  I asked two park workers who were stopped for a break if they knew how to get to the site.  They told me the easiest way was by kayak.  If I wanted to hike, I could follow the trail from here for about ten miles, but they did not know if it went to the stream.  That seemed like a long shot for a “maybe.”  I declined the hike.

Since I was already at the lake, I decided I might as well do some fishing.  I drove to the boat launch to see if there was a way to get along the old dam that had been breached to combine the two lakes into one.  When I stopped, a roadrunner scooted across the parking lot toward a line of trees along the shore.  I stayed in the truck but tried to get a picture for my birding.  The bird kept running in and out of the trees, feasting on the insects it scared up.  Although I took several pictures, I was a little too far and the bird too quick to get a good one.  Then the ranger pulled up and the bird took off.  I decided to let my fuzzy picture count.

By now I was hooked on doing some more birding and seeing if I could find a way near the stream.  Google showed a road went alongside the stream, so I decided to follow it.  While this began as a paved road it quickly became improved dirt.  That threw me and I ground to a stop.  Just off the path was a fawn not more than 20 feet away.  The map indicated the road followed along the stream for several miles and then came back to the main highway, so I continued my trek to find water.  I passed a trail head and decided to follow it downhill on foot.  While it led to the stream, it was basically dry.  There were several dozen small, crested birds with white bellies that darted on the water catching insects.  Once more they were too fast for me to focus my camera and I did not know what they were (they did not count).  At least I got a picture of the fawn.

THOUGHTS:  I read a book several years ago called, Good to Great, by Jim Collins.  His point was too many companies (and people) settle with doing good, and do not put in the extra planning and work it takes to be great.  That is what I did with my roadrunner picture, and why today’s blog is titled Fawn rather than Roadrunner.  This is also the specter that faces our nation during the current unrest and pandemic.  Some are saying we have done a good job addressing the unrest and fighting the pandemic.  The problem is, good is not even close to making a permanent change to our systemic racism or stopping the virus.  To make America great, we need to do the work and follow the science.  Change is coming and it starts with you.